For 25+ years, Siduri, producer of serious wine and serious fun, has specialized in (producing) cool-climate pinot noir that captures the distinct flavor and character from the best vineyard sites along the western coastline.

Our constant pursuit of Pinot perfection has led to long-standing relationships with top growers in premier appellations from Santa Barbara north to Oregon’s Willamette Valley. 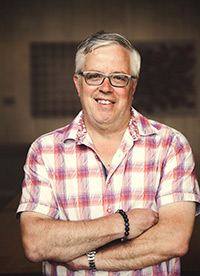 Raised a Southern Baptist in Austin, Texas, Adam Lee’s love affair with wine did not begin until after he graduated with a degree in history from Trinity University. After stints at both Austin Wine & Spirits and as a wine buyer for Neiman Marcus, his eyes and palate were opened to the great wines of the world, including his favorite Burgundies and California Pinot Noirs.

After moving to California, he worked in a tasting room before taking the winemaking plunge: using every spare minute to learn as much as possible about growing grapes and making wine. In 1994, he founded Siduri Wines, named for the Babylonian goddess of wine, and produced the first Pinot Noir from the Rose Vineyard in Anderson Valley. 25 years later, Adam has attained a cult-like following for Siduri Wines and a reputation as one of California’s top winemakers. His pursuit of Pinot Noir perfection has led to long-standing relationships with top growers in premier appellations along the West Coast. Today, Siduri produces over two dozen single-vineyard Pinot Noirs that capture the distinct flavor and character of each vineyard site. 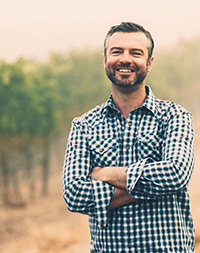 Originally from Kentucky, Matt fell in love with wine by working in vineyards during his summers as a college student. He found the process of winemaking the perfect marriage of art, science and pleasure. He obtained a BA in Philosophy from Hanover College and a Masters in Viticulture and Enology from Fresno State, where he published research on grape and wine tannins. His extensive experience includes some of the greats in the wine industry: Sojourn Cellars, Williams Selyem, Kosta Browne, Quintessa, and Mending Wall (where Schrader, Maybach and Pulido Walker – amongst others were made by Thomas Rivers Brown).

When he is not busy in the vineyards or in the cellar, he enjoys live music, hiking, watersports, traveling and cooking. Matt resides in the Russian River Valley.

Our Accessibility document has been recently updated.